Impressions from the war of my youth, 25 years after the Medak Pocket.

Arriving in Zagreb  stampeding down the stairs from the aircraft to the waiting minibus, no skyway just stairs mounted on a service vehicle and a garishly painted bus at the bottom with no seats just poles strategically placed., We crammed it like a Tokyo subway and within milliseconds the air became almost a solid object with cigarette smoke after 9 hours of smoke free flight from Winnipeg. The plane wasn’t smoke free we were.The plane a Tower Air charter 747  would of happily let us puff away. But the Government of Canada in its maternal concern for our health as its precious workers forbid it. The stewards could smoke , the pilots could smoke, but not us. My Governments tender care probably would have been a little easier to take if i wasn’t on my way to drive a 40 year old armoured personnel carrier made of magnesium packed with laughably outdated equipment that other countries had in museums around the worst European civil war in half a century.

Two  hours later sitting ramrod straight in the back of a sweaty thigh hot, dusty deuce heading toward Toranj or company area. I wasn’t sitting bolt upright from good posture but rather from the body cast like rigidity of my just out of the bag ballistic vest. Our weapons were still broken down in our kitbags under our feet , our newly issued combat loads of ammo in our IPE bags. Well this was it, THE SHOW. No more bullshit make believe. We looked out the open tarp at the back of the truck as we passed picturesque villages with cartoon-like peasants.  The truck bed was  full of the mindless bravado of young men. We discussed how we would soon put fear into the local ethnic forces, we could show these clowns what real soldiers looked like. We discussed how accurate our new optic sights were, how well they enhanced light and how deadly they made us We traded “war” stories of our bravery during the intense training in Fort Old and Winnipeg. Rousing tales of lyric victories in the fens of CFB Shilo. You don’t often actually experience a room or gathering suddenly falling completely silent from a happy clamour. But suddenly the sunny truck bay was absolutely still . We had entered no-mans land and a recently “cleared” village. Some of the houses still smouldered. There was stench of burned metal and plastics, and another, dankly sweet organic stench. Personal belongings everywhere. Peoples memories, their realities, spread like shrapnel on the ground in this smoking testament to inhumanity. Literal moments ago all was safe and sure, everything under control, notional. The we rounded a corner and off the left side of the deuce the one remaining wall of the smoking remains of what had once been a Tolkien-esque farmhouse filled our field of view. And clear and dark along the wall were a series of blood spatters. Obviously from human bodies absorbing high velocity military rounds after being stood against the wall. There where five distinct splatters, five victims. The blood was still relatively fresh. The other thing of note was the relative height of the blood splatters. It really kind of jumped out and took you by the throat.  Dad, Mom, the kids.  The lowest of the impact spray would have made the victim about 4 feet tall. The silence deepens for some indeterminate measure of time. Then without a word, without any  communication the silence was instantly shattered by the simultaneous stiff canvas rasp of 20 zippers being ripped back. The plastic tinged clacking of twenty rifles being slammed together followed quickly by the aluminum metallic clicks of 5.56 rounds being  rapidly fed into magazines. Welcome to THE SHOW.

When i saw the Serb’s running almost doubled over  through the shattered burning corpse of the village I think thats when i got my first real full up adrenalin fix , heart suddenly racing, colour and images in 8K dolby, scents so intense they’re solid objects. My morning had started out at 5 am lining up my armoured personnel carrier with the rest of the Company. Moving forward toward the smoke and and the nonstop crashing of shells over the horizon in the early dawn light. We passed small knots of civilians fleeing the other way. They looked at us with a silent unreadable intensity as we passed. Entering the village of Čitluk was surreal. Mortars were crashing down up the street to the west. Serb troops sprinting doubled over in front of us. Everything was on fire. Rod Dearing’s familiar guttural growling through the earphones of the comms system was comforting. “Driver forward swing right then tuck left between the houses.” As i came into the space between the houses we had a full view of the Croatian positions 300 meters away, and they of us. The engineers arrived quickly with a M113 with a spade and dug a trench for the vehicle. I drove it in and dismounted. Rod had always been very insistent on digging in whenever we stopped. He would quote old 2PPCLI soldiers who fought in Korea. Always dig. So we all dug fighting holes. The Croats and Serbs were trading heavy fire and small arms just in front of us. I was standing talking with Rob Deans and Guy Simmons when they first opened up on us. We where standing beside a barn with a wood pile up the side. Suddenly the tone of the firing changed and we heard the electric buzz of rounds going past us. The cords on the woodpile started to explode. I looked at Guy and said lets get to our holes, we doubled over and ran toward the back right of the carrier scrape. Sitting in the back of the carrier was Pendelbury with a Hustler open wide. The look of complete shock on his face sitting in the combat door with some blonde smiling alluringly out from the glossy magazine as i ran by is an image I will always remember. As i cam around the back of the carrier and started forward Rod  screamed “crawl” at me as he sprinted up from somewhere behind us. I was just crawling into my little shell scrape when the Croatians opened up with a 30mm chain gun directly at us. The first rounds impacted behind me about 6 ft. They where striking the ground just beside the Carrier, off for line but bang on for range. As I curled up in the fetal position in my trench there was a pause while the 30mm gunner adjusted his aim. The next volley was on for line but just a bit high missing our carrier by about 4 feet. The rounds now began to cut huge branches off an oak tree behind us like some hellish arborist. I occupied myself during all this by curling up in a ball and screaming , “FUCK, FUCK FUCK…. at the top of my lungs. This little interlude was ended by the shitty plastic sound of an M16 firing outgoing and my section commander screaming a fire order at me. Then for the first time in my life I opened up on a human being with lethal intent. For just a moment the terror was overcome by an intensely eerie feeling as I took aim and started firing at men I had never met.

God is truly in the details. WE learned that lesson the hard way the first night. Our section was dug in a farmyard with several buildings. One of them a large tractor shed had burned during the fighting and now soldered behind our position. We didn’t give it a second thought. Ooops. As darkness fell and a strong breeze came up we learned the gravity of our fuckup. Every time the wind blew the  embers of that tractor shed lit up with a bright orange glow perfectly backlighting our position and silhouetting us to the enemy.  Obligingly the Croatian army would open up on us with machine guns. This went on for several hours with Guy Simmons responding with our C-6 belted with 6-8 round bursts as he had been trained, to minimize weapon signature. The crescendo of growled curses emanating from Sgt. Dearing had been building for awhile in the MG trench beside Simmons. After a particularly well aimed Croat burst that had shredded the fence 2 feet behind their trench, he lost it. I heard him erupt in a long stream of curses. He pulled Simmons away from the belted MG by the back of his body armour growling ,” give me that fuckin thing,” . He then grabbed it and preceded to empty most of a 200 round belt in one long burst. When Rod Dearing wasn’t hunting humans for the PPCLI he was stalking Deer and Elk in the forests of Northern Alberta and BC and he was big enough to control this weapon well even during this manic firing, he was hitting his targets Whatever he didn’t kill outright in his very well aimed fire would have died of terror had they been able to behold the look on his face in the light of the six foot flame off the muzzle of the C-6. It was in that moment that Rodger Dearing Infantry Sergeant from Williams Lake B.C. announced with authority the Canadian Army’s presence on the field and our clear intent to hold it. 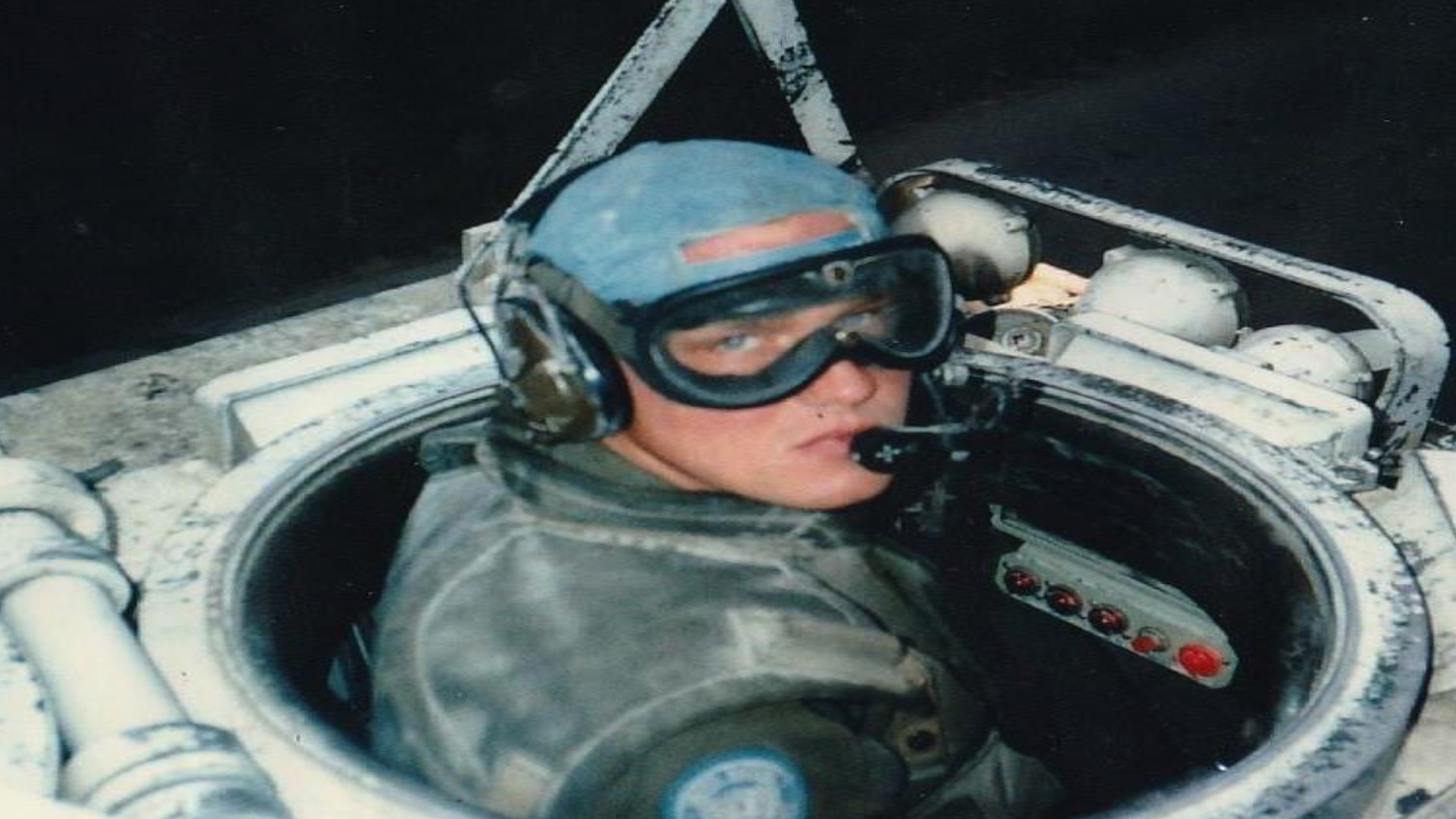 Some days after the fighting we were patrolling the mountainous edge of the UNPA. It was late fall and the colours were reminiscent of the maritimes in the ancient forest but there was a grey quality to the light, no golden streamers through the trees. The forest was absolutely silent, an oppressive stillness over everything. We came across the remains of a Serb defensive position in the gloom. They must have been overrun a week before, during the initial Croatian assault. There were no bodies. The trenches were empty. But along a trail in back that a truck had obviously passed over recently there was, at regular intervals, piles of bloody latex gloves. The bodies had obviously been dragged here and loaded for disposal. A little off the track were piles of clothing and personal items from the dead soldiers. Mundane items, razors, soap, extra socks and underwear But there was among the refuse a more terrible litter. Bits and pieces of lives now brutally ended. Pictures of children and smiling women. Pictures of groups of men sporting or fishing. Given the fratricidal nature of the Yugoslavian war, the men in these pictures were probably on both sides of this battle. One picture of two young children was covered in blood still congealing. Is this what that man clutched in his last moments there in this desolate forgotten place. In the 24 years since Ive come home I have often wandered in the dark clearings of that forest. Part of my soul will always lie there with those moldering pictures fading in lonely silence forever.

5 responses to “Impressions from the war of my youth, 25 years after the Medak Pocket.”