Authors note; please follow the many links and do your own research, beleiving random dudes on the internet is how we got here, thx.

If the west doesn’t immediately and decisively begin the process of separating from the disintegrating nightmare of the Canadian state we are dooming our children to destitute bondage.  Their thoughts and even their perception of basic reality dictated to them by the state. We doom them to a world where their skin color will determine the Justice they deserve and where racism and discrimination is encouraged against them if they happen to be part of the wrong group.  We should give this the same urgency we would hordes of ravening barbarians at our border, because in fact they are already inside our walls. They run our Universities and Unions and are embedded in our civil service. We in the West face a simple if stark choice, separation or slavery. We have no more time we stand together now or none of us will stand at all. In my opinion the following steps should be immediately taken by the Government of Alberta;

-Cease Immediately any further compliance with the Canada Immigration act 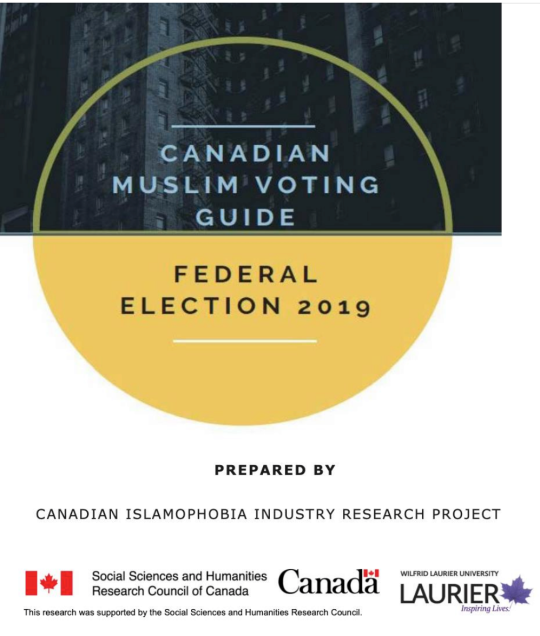 No one should view this as Alberta destroying Canada. On October 21st Canada voted to destroy itself with full foreknowledge and informed consent. What we would be doing is guarding the last remnants and memory of that once proud nation as it disappears forever from the face of the earth.

Though we have every right to succeed peacefully and fully under the constitution we should be fully ready to fight to enforce our obvious rights. Look to the UK where fellow travelers of Trudeau’s are destroying British parliamentary democracy in a desperate bid to thwart the clear will of their people to leave the authoritarian dictates of the unelected European Union technocrats. To our south the ironically named Democratic Party, which is deeply embedded in the real direction of Canada’s Liberal Party, has been engaged in a 3 year coup attempt against the elected president. The war criminals Barrack Obama and Hilary Clinton tweeting support to their puppet in the middle of our elections.  There is direct compelling and mounting evidence that it was the Democratic Party with the help of loyal members of their national security state that colluded with foreign powers, and used every other corrupt method at their disposal to subvert the 2016 election. The Trudeau regime and its masters will not let democratic niceties like constitutions or citizen rights get in their way.

The first tactic they will use is leveraging the rights of Indigenous people against us. This is already happening. It is a smokescreen.

“The association between Canada’s Indigenous peoples and the Canadian Crown is both statutory and traditional, the treaties being seen by the first peoples both as legal contracts and as perpetual and personal promises by successive reigning kings and queens to protect Aboriginal welfare, define their rights, and reconcile their sovereignty with that of the monarch in Canada. The agreements are formed with the Crown because the monarchy is thought to have inherent stability and continuity, as opposed to the transitory nature of populist whims that rule the political government”

Indigenous peoples Treaty relationship is to the Crown. The government of Canada simply administers that relationship under Law.  Unlike Quebec we would remain part of the commonwealth and simply take over the role of steward from the Federal Crown. So this is actually a much easier process than it would have been in Québec.

The Trudeau itself government has been involved under the guise of its Rights and Reconciliation framework of breaking and abrogation of those treaty rights by a series of band by band referendums. In some cases with only small fractions of eligible members voting on the referendum. In short it was shifting the relationship to the provincial level,extinguishing Indigenous collective ownership and making their territory something akin to a municipality.  This process will now accelerate. I will let the brilliant work of Mohawk lawyers Russ Diabo and John Ford enlighten you further on the dangers this framework poses.

We can and should reach much higher than the colonial Indian Act. We will be writing a completely new Constitution. We have before us the opportunity to create the first structure on earth based on cooperative government between all the peoples that inhabit the land. We do not have to, and should not, base it on the colonial past represented by the Indian act. The choice would of course be fully in the hands of indigenous people themselves to continue their treaty rights or create something new. If they choose to remain in the treaty framework it would be administered by a government that actually lives beside them instead of the distant missives of the east.

The Trudeau government has been open in their desire to obliterate Canada and Canadian society. He absolutely controls the media and is moving to control social media.

The Trudeau government is clear in their plans to limit our speech, replace our population, indoctrinate our children, and destroy the country economically thus allowing his corporate masters to pick the bones. If we remain in Confederation our children will be left homeless and destitute in the society their ancestors bled and struggled to build.

Our education system has been turned into the weapon that they hope will demoralize and destroy us. Universities cleave to rigid ideologies that demonize our society and assign moral character by skin colour. These dark ideologies have been forced into secondary education across the spectrum with physicists being told to integrate the laughingly named “anti racism” into their work.

subjects and now have conferences on ending “whiteness”. Their disgusting “gender theory” is being used to indoctrinate our children at increasingly younger ages that they must put aside the fundamental reality of their perceptions favor of government sanctioned ideology. Once this is accomplished  human freedom dies. We could completely revamp our University system and return to the pursuit of knowledge rather than the imposition of of warped corporate driven Neo Marxist doctrine.

The rights of women, children and parents all need to be suppressed and supplant by the authority of the state in the new “Canadian” model that the east voted for. If you question this in any way you or act to protect your own children you are a NAZI. You must support brave and beautiful people like Jonathan Yaniv in their quest to be allowed into our daughters change rooms to check out “tits and pussy”

Women and even young girls no longer have any right whatsoever to same sex spaces.

Not even in a rape shelter. Violent male offenders are being secretly transferred to women’s prisons. Police will no longer even record crime by gender. At increasingly younger ages our children will be propagandized with bizarre gender theory, sexualized “diversity education” and whenever possible parental rights are denied. The children must learn only what the state tells them and never never question. 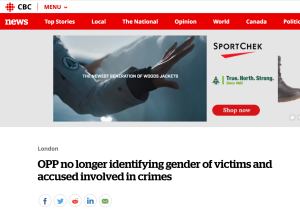 The Law is also being weaponized against our own society. The most basic tenant of Law is absolute equality before it. Without that basic agreement all respect for an impatial system that allows for the peaceful functioning of society is lost. Law schools across the country put the dogma of diversity and equity before the practice of their profession or any thought of actual justice. Violent criminals are treated as

victims while those suffering are ignored as long as they are members of the right marginalized group. Any questioning of this is suppressed brutally and the Law societies behind our judges and lawyers make it their primary goal to push the racist tenants of social justice into our legal system to all our detriment.

It is hard to see how this would be corrected in the entire Canadian system as it has  metastasized throughout. After separation we could build our own system and ensure these garbage dogmas are excluded and can never be brought back. We could completely revamp our University system and return to the pursuit of knowledge rather than the imposition of of warped corporate driven Neo Marxist doctrine

The overarching economic pressure is that being brought to bear by the so called climate movement. Recent articles extolling the value of cannibalism and population control has really brought the Environmental movement back to its elite class Eugenic roots. The elite class of Eugenic promoters, the Ford’s and Rockefeller’s et al had to rebrand themselves

because of the NAZI use of Eugenics,so they did.  The carbon tax is on its face regressive. It is in fact an attempt at the greatest wealth transfer ever attempted. Where are the massive industrial projects to build the solar and wind generators? Where is the infrastructure plans for electric vehicles? None of that exists because none of that is the point. The pronouncements of the IPCC are directly at odds with the migrant pact. The movement of millions from the global to the North, one Foundation now advocating a 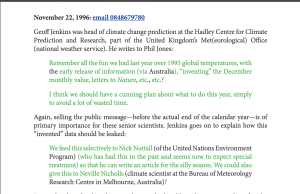 doubling of Canada’s population by 2100, will cause the greatest spike in so called Greenhouse gasses since the industrial revolution. We were dissuaded from taking a close look at the so called climate gate email leak in 1998. But actually examining the documents makes it abundantly clear that the climate crisis is a product of media control and manipulated science. 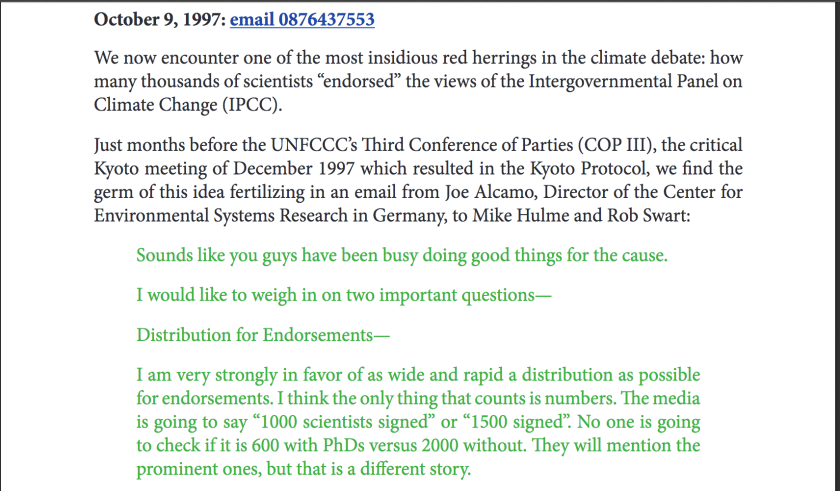 At its very base all wealth is tied to the use of energy, control the use of energy you control everything. Societal control is achieved more easily over a destitute population. Canada’s economy has been systematically destroyed  over the last several decades by

Neo Liberal Canadian governments even when they called themselves Conservative. Nafta and its globalist successors have increasingly moved manufacturing to areas of cheap labor like Mexico slave labor like China and one of the only consistently growing Canadian companies became Dollarama.

The migration pact will no conveniently bring the cheap labor to Canada. Economic power has long been concentrated in a few mostly eastern Canadian Oligarchical families, they were never comfortable with an economically powerful Alberta and its affluent and large middle class. They are moving to end that annoyance. Canada is being set up to fall in a “global recession” already in the making by the same folks that brought us the financial collapse of 2008. This time we will be allowed to fail.

All of this is painful to contemplate. But we must for the sake of our children and of preserving at least one corner of free thought and free humans in a world falling into despotism dressed as progressive thought. Somewhere to eventually start the battle to reclaim it all. The proud Nova Scotians, Newfoundlander’s and people of Ontario that we built a country the world envied with are gone, long gone. Their descendants are empty meaningless echoes of these once vibrant peoples. We should respect their choice to live as they choose and leave these sad ghosts to it.