Meghan Markle has far more in common with Cinderella’s rich evil sisters than she does with the heroine of the ancient parable. Markle would not doubt find the entire tale racist and deeply colonial.

Markle was born to a high end Hollywood production type. She attended the Hollywood Little Red Schoolhouse for her elementary education. Unlike the Red Schoolhouses our ancestors attended this one costs 19 thousand dollars a year for  Kindergarten to grade 4, 25 thousand  a year for grades 5-9. She then slummed it at Immaculate Heart High School. Tuition for the 2019-2020 school year has been set at $17,650 plus fees. But hey you can pay in 10 easy installments.

For Meghan Markle to be the heroin of some sort of “rags to riches” story, the rags would have be made from cashmere and silk with gold embroidery. Markle was born to incredible privilege, she has never spent a day in the world you and I inhabit.

I will not bother recounting her tepid TV acting career. What  should be of interest to Canadian’s is her. She has spent most of the last decade deeply involved with the private foundations that are the foot-soldiers of the New World Order.

One Young world is absolutely dedicated to realizing the genocidal UN 2030 initiative.

Notice some of the “goals ” have the sponsoring corporation written beside it. Now dont get me wrong, I’m sure the good people at Bristol Myers Squib one of the largest pharmaceutical corporations on earth have always put the public good ahead of profit.

Now this dovetails nicely with the fact that our low rent Princess Di has also worked directly for the United Nations Entity for Gender Equality and the Empowerment of Women as an Advocate. This entity has lately been very busy repeatedly screaming “Transwomen are Women” and doing everything it can to erase women’s sport and women’s spaces

“On August 4, 2016, the Shin Bet (Israel Security Agency) announced that Mohammed El-Halabi, manager of the Gaza operations of the international humanitarian NGO World Vision, funneled 60% of the World Vision Gaza budget to the terrorist group Hamas. The Israeli indictment and media reported that these funds were used in the construction of Hamas tunnels, military installations, and other terrorist activities.
As a result of the Israeli investigation, several donor countries have suspended their funding to World Vision, pending the outcome of the trial. In August 2016, Australia, Germany, and the United Kingdom halted funding.”
In its 2004/5 annual report, World Vision JWG, reported a gift of $17,500 (USD) from the Canadian International Relief Fund for the Afflicted and Needy (IRFAN). In 2014, the Canadian government designated the group as a terrorist organization, due to its Hamas funding activity.”…..

World Vision Canada funded by 46 million of our tax dollars in Fy2018 has been one of the prime movers in the tsunami wave of immigration designed to wrest permanent control of our democracy from Canadians. 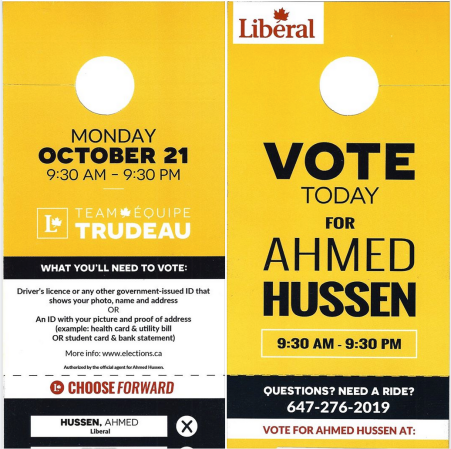 Our golden rag girl had a very busy 2016 because she was also working hard for Hillary Clinton’s Presidential campaign. It is becoming increasingly clear that the Clinton campaign colluded with foreign actors to subvert the 2016 election and unseat the sitting US President  Hillary Clinton as US Secretary of State signed off on the Uranium One deal. I will leave you to

follow the links, but readers digest version. Canadian Billionaire Liberal Party fixture and personal supporter of Justin Trudeau Frank Guistra engineers a deal that sees some 40% of US Uranium processing bought out by a Russia State backed entity. This entity then donated millions to the Clinton Foundation and paid slick Willy outrageous speaking fees. In a strange twist of fate the beleaguered Markle and her Erstwhile “Royal” husband were forced to shelter pitifully in the meager Vancouver Island cabin.

Markle is of course the subject of adoring support by the Obama machine. When the Obama’s aren’t busy sandbagging their new 13 million dollar beachfront property from

the carbon induced deluge to come. Barrie, or as he’s more popularly known Barrack, likes to spend his time propping up his parties Canadian puppet, who sometimes even likes to dress up as him .

While a brand new Duchess in a country she had zero contact with or knowledge of our modern princess still found time to shower her filthy subjects with blanket accusations of racism at every possible opportunity. Regaling the hopeless children in the  abandoned industrial cities of the north with tales of their white privilege. Describing them as colonizers in the land of their birth. Of course the Tabloid press, which had always been soooo kind to bad girl Duchess predecessor Fergie or the reverent Lady Di herself, was mean to her. So obviously all of British society are rabid racists because no criticism of the Royals has ever been allowed in the British Press.

Meghan Markle has been manufactured since day one as a public figure, despite her lack of any measurable accomplishments other than marrying the Son of the woman she is being carefully constructed to resemble. She is not welcome here no matter what our controlled press tells us. We need to reject this unskilled immigrant and her million dollar a year security fee. She is simply the latest representative of the dark forces ripping Canada apart.

Its time to stop them