So the migrant invasion of Canada continues apace with no slowdown despite the supposed closing of Canada’s borders to all non-residents by the Trudeau Junta. The clampdown on dissent by Canadians to this dangerous situation is being stifled by the

Liberal Junta’s backers in the Tech industry.  Hundreds of Canadian citizens are reporting their posts being taken down and marked as spam, even if only posted on their own wall.  Much of it seems to be aimed directly at reporting on the continued flow of Illegal migrants across our border at Roxham road and Lacolle 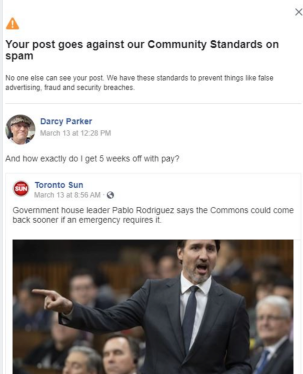 Although they also seem big on defending Pedophilia

None of this should be in any way surprising the liberal Party and the Tech companies have had a very incestuous little fascist fling since the Liberals came to power.The Tech companies in general have a decidedly globalist bent and have been instrumental in the propaganda war against us. 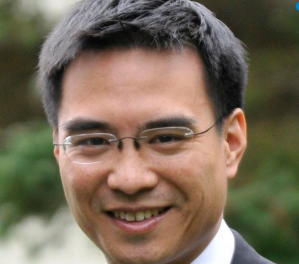 “In his appearance before a parliamentary committee, Facebook Canada’s public policy head Kevin Chan was questioned by New Democrat MP Charlie Angus on why he had yet to register as a lobbyist, given the fact he’s met senior cabinet members, including Finance Minister Bill Morneau.

Chan, ex-policy director for former Liberal leader Michael Ignatieff, defended himself by saying it was unnecessary for him to register since the proportion of his lobbying activities falls short of the Lobbying Act’s 20 per cent minimum threshold.”…..read more

Apparently Ken Chan gives zero fucks about the privacy of your data though;

Kevin Chan, head of public policy for Facebook in Canada, faced tough questions from MPs about the company’s past practice of allowing third-party developers to access their users’ personal data, a policy that may have violated Canadian law.

“Just 272 Canadians participated in a personality quiz that allowed the researcher behind the Cambridge Analytica scandal to harvest the data of more than 622,000 Canadians, explained Robert Sherman, Facebook’s deputy chief privacy officer, who also testified before the committee. In most cases, the data was mined without the knowledge or consent of those affected.” Read More…..

“In regards to Church, Ignatieff writes that she was part of the “core of the team of lawyers and students who ran my leadership campaign.”
After leaving Igantieff’s team in May 2011, Church went on to work for Google as that company’s head of communications and public affairs in June 2012.
Church returned to the Liberal fold in December 2015, immediately following the Liberal victory in the federal election, and took the job as chief of staff at the Canadian Heritage Department. Church did not respond to a request for comment.
Church’s ties to Google were questioned by members of the Senate during a debate on Feb. 8. According to a transcript of the proceedings, Conservative Sen. Claude Carignan asked the Representative of Government, Sen. Peter Harder, about Google’s lobbying activities.
“I would like to talk about how a certain relationship exists between the current government and Google,” said Carignan. “Google lobbyists met with government representatives dozens of times in 2017. Google may be an excellent search engine, but how does the company manage to get such quick and privileged access to the government?”
“Mr. (Harder), the Google lobbyists also met with Minister Joly three times in 2017, and with her chief of staff, Leslie Church, four times. We know that Ms. Church worked at Google before she joined Minister Joly’s team.
“Did the government seek the advice of the Commissioner of Lobbying regarding what ties Ms. Church should maintain with her former employer?” Read More….

Disturbingly she was also heavily involved, along with a kown pedophile of implementing the Ontario Liberal’s ideological indoctrination plan for Ontario schools

TORONTO, Nov. 24, 2015 /CNW/ – Leslie Church, head of global communications and public affairs for Google Canada, has been appointed to the board of directors of the Higher Education Quality Council of Ontario (HEQCO) for a two-year term effective immediately.Read more….

The Trudeau regime has been a huge fan of government censorship since they stole the 2015 election with the help of their foriegn masters. Our Millennial Minister of Truth Karina Gould during the regimes first term met often with Tech execs and repeatedly issued public statements about the need for the Liberals to regulate social media. She was also instrumental in liaising with the Tech giants to insure our fragile Canadian minds were not exposed to the full disaster of little prince Justin and clans Indian adventures.

The tech giants show a massive affiliation for the New World Order and its minions regularly de-boosting and de-platforming any questioning of the orthodoxy.

They are the controllers of the public discussion space and they intend to use that control now more than ever during the unconstitutional  lock-down that apparently doesnnt extend to the migrant invaders pouring across the border after getting out of their cabs paid for by a highly organized network of NGO’s and Foundation funded religions groups that form Open Borders Inc.

Dr. Robert Epstein told Sen. Ted Cruz (R-TX) on Tuesday that Google can manipulate votes by using tools that they have at their disposal exclusively, and that no one can counteract them. Epstein warned the senator of big tech election meddling during his testimony before the Senate Judiciary Committee Hearing on “Google and Censorship through Search Engines” on Tuesday.”..