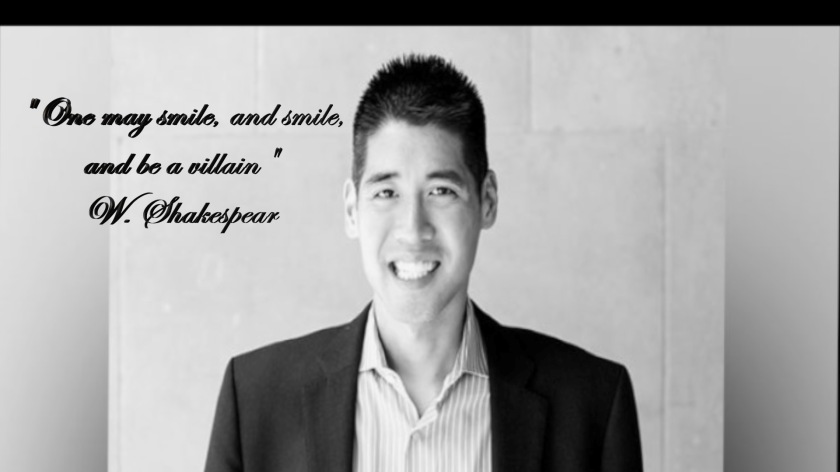 Dr Lawrence C. Loh, the third Horseman of the Dalla Lana’s apocalyptic Great Reset riders is continuing the same unscientific rule by bureaucrat as his fellows David Fisman and Eileen De Villa. Our three authoritarian amigo’s of share much besides their Alma Mater and complete lack of respect for science. They have all been wrong in every prediction they made in the last year, they all advocate for policies either not backed by or outright contradicted by science.

Effectiveness and Safety of Masks

Lawrence Loh is also, like Fisman and de Villa, faculty employed at the Dalla Lana School raking in about 180k a year salary while being paid in the neighborhood of 300k a year by Peel Public Health. Very nice Larry very nice.

But lets not judge Larry simply by the company he keeps lets see what his work says about him.

So the first thing we learn is that Larry likes censorship, he says as much in a paper from 2016

The behavior of our digital masters around HCL, Vitamin D, any questioning of lock downs or vaccine safety would suggest his musings found an appreciative audience in Silicon Valley.

Earlier in his career Larry seems to have been focused on getting paid. Arguing passionately against additional medical training for Ontario family Doctors as that would be detrimental to his bottom line

“At present, pursuing an expatriate career leads to inevitable sacrifices without guarantee of success, which makes the global health “tax” described by the authors more realistically an “ante.”
The authors conclude that without support, many will ultimately exit the field of global health. While unfortunate, this is reasonably expected as individuals reprioritize, which means at minimum any support should include improved career mentorship and guidance. The establishment of formal training programs leading to defined employment might also help rationalize the existing “start-up” environment. Formally trained specialists would resemble the differences between public health physicians and physicians interested in public health; the former are vocationally trained, the latter are clinicians with side projects. Should global health work continue to solely exist “on the side,” then much like early clinician–researchers chasing their first grant, interested practitioners will ante up hoping to “make it” into an expatriate career—perhaps against their better judgment.“

So much so that he would even like to regulate any medical personnel that might want to volunteer in less developed areas to make sure they don’t deviate from the “expert Public Health” party line. This seems to involve politicizing health care with ” non traditional stakeholders, much like having add execs on Ontario’s Science Table. Well I mean that seems to be working out well doesn’t it?

So Larry also shares with the odious David Fisman and Eileen de Villa a knack for making good cash off his expertise. Fisman advocated for school closures while taking money from the teachers unions while de villa’s husband shills for big Pharma as she pushes vaccines. Larry tried to set up a 501(3) organization in the United States called The 53rd Week . The stated goal of the organization

” assist in long-term planning and partnership building to maximize the value of the short-term charitable investments made by visiting teams in La Romana. The 53rd Week endeavors to create a coalition of stakeholders and groups that work in La Romana, organizing and collaborating on goals to improve efficiency, long-term planning, and greater impact.”

Consulting in the multi billion dollar Haitian aid boondoggle is nice work if you can get it.