Blackberry PINS and the Art of Corruption in Canada

For over a decade, your average ten year old has been able to do everything from making a phone call to mixing video and music on high end smartphones. It may surprise you to learn that for most of that time until very recently, the highest officials of every department in the Canadian Government and the elected members of Parliament have been using the hand held communication technology equivalent of the Commodore 64, the Blackberry. For any who don’t remember or have forgotten this blip on the big tech highway to subservience, let us stroll through some memory bandwidth.

The Blackberry was developed by Research In Motion. It evolved from a series of 2 way pagers the company was developing in the late 1990’s. The first branded Blackberry was released in Berlin January 1999. It enjoyed early success but was eclipsed in the mid 2000’s by android smartphones.

Two interesting and relevant instances of BlackBerry issues being raised politically involve the US Democrats. Barack Obama insisted on using BlackBerry for comms. throughout his two terms despite this causing some controversy. Hilary Clinton’s private server email scandal was uncovered when an officer of the US Freedom of Info bureaucracy spotted her using an unauthorized BlackBerry while Secretary of State.

So Why did our and other western governments keep Blackberry in business?  The device is far from user friendly and for many years lacked most of the basic functionality provided to what your average high school kid enjoyed. It is expensive, and unreliable.

Why keep the contract?

Blackberry’s  primary purpose is keeping information from the public they purport to serve. This is not a side benefit of them using BlackBerry, it is the sole reason they do. To make much of what they say and do completely opaque to the people they rule.

So what are Canadian citizens’ rights to the information of our ruling class? The Access to Information and Privacy Act (ATIP) came into force in 1983 and Research in Motion (RIM/Blackberry) was founded in 1984.  Probably a coincidence as I have nothing to prove it is not.

ATIP was created during the Pierre Trudeau era.  “Canada’s Access to Information Act was introduced in 1980. This date is important because it’s 15 years after Barry Mather became the first MP to introduce a private members’ bill that attempted to bring the principles behind the American Freedom of Information Act to Canada. In other words, that’s how long the government spent trying to delay and deny the need for such a law.”

Most information. Remember that.  What does Blackberry bring to the ATIP game? The BlackBerry PIN and with it  absolute deniability and a way for the political and bureaucratic class to avoid scrutiny of their really important conversations.

Why would the feds keep a contract with the worst hand held device ever created?  Because it was foolproof when it came to ATIPs.  The PINs only have a 30 day lifespan and only the recipient sees its content.  Can you ATIP PINs?  No.  So even if you ATIP or FOIPOP your little life out, most of the content you are actually looking for was contained in PINs And is gone without trace. This is a type of SMS messaging so leaves no trace on the internet.

I have this from a former senior federal civil servant who must remain anonymous because of the ironclad non disclosure agreements signed by civil servants when they leave. This individual maintains that almost all substantive discussions within Federal Departments are carried out using this system and thus will forever be hidden from us.

All Canadian federal executives in the security services and National Defense PIN. The mirthless mandarins of our highly paid ironically named Civil Service PIN. Elected MP’s PIN. Cabinet Ministers PIN. Many of the most vital discussions bearing on the basic citizen rights have their most substantive parts are not conducted by email, just PIN.  Only Blackberry offers PIN services. And thus fellow detectives we solved the mystery of BlackBerry’s zombie-like survival in an age of smartphones. Absolute deniability.

And let me be absolutely clear hundreds of senior people are still using these devices or their replacements for the same purpose. This is so well known in government circles it has made its way to Hollywood. Watch any Jason Bourne Movie and in every scene inside “CIA operations rooms” you will see nothing but Blackberry’s. This would be an effect of their technical advisors , most ex Intelligence or CIA types would have told them that as a touch of realism.

Former Governor Andrew Coumo of New York very much favored this function “The New York Daily News reports that when Cuomo and his staff can’t speak on the phone, they prefer to communicate through Blackberry’s PIN-to-PIN messaging system — a function that bypasses data-saving email servers and leaves no lasting trail.”

Blackberry has helped the police by releasing BBM messages in the past but apparently ATIP has no access.  The company no longer provides smartphone services. BlackBerry and RIM  have pivoted to providing security software to both the Canadian and US governments “March 12, 2019 BlackBerry Government Solutions will operate separately from its parent as a U.S.-domiciled company that will comply with U.S. national security requirements.”   Which probably means they have devised a new way of hiding information from the public, encrypted smartphones or some other tech.  They maintain encryption technology which is  now used by the Governments is unbreakable therefore eliminating the need for PINs altogether.

March 4, 2020, in a timely announcement, with March 11th being when WHO announced worldwide pandemic, ‘Today, BlackBerry announced updates to its SecuSUITE for Government and AtHoc Crisis Communication solutions. On April 12, 2021 ” The agency that manages the federal government’s IT systems has chosen BlackBerry Ltd. to provide secure communications software for public servants”.

John S. Chen is the Executive Chairman and CEO of BlackBerry Ltd. Previously, he served as the chief executive officer and president of Sybase, an independent software vendor specializing in data management, analytics, and mobility technology. He is currently a director of Wells Fargo & Company and Walt Disney Company. He also writes for the WEF website . Oh and you will never guess who he and his company donate to..

So when Brenda Lucki and other federal Officials say they “can’t recall” specific “conversations” it is likely because they took place using BlackBerry PIN or similar Technology. It would be very interesting to know how many of our Public Health masters have and are using this or a similar system.

Our whistleblower has suggested a way we may be able to get partial access to these PIN messages. They suggest that these senior officials keep logs of their PIN communications. They say these are referred to as PIN Logs. ATIP’s on these would at least provide records of who they messaged and when.    For a reminder of the things they might want to hide… 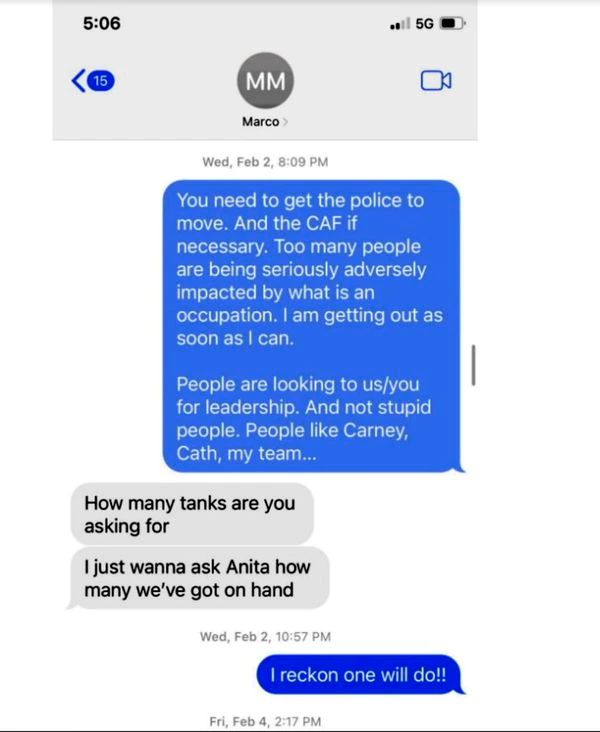 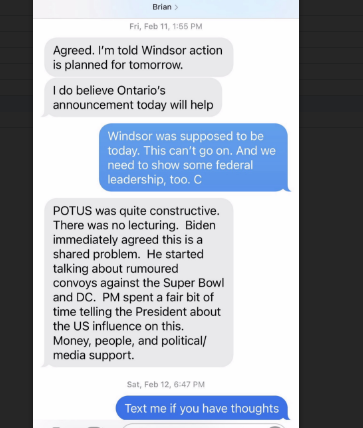 Like Loading…
← Jody Thomas and Canada’s “Public Service”, the Banality of Evil
→ Gender Theory Was Always About Social Control Through The Manufacture Of Reality