After the brutal assault on Journalist Andy Ngo in Portland mainstream press has either been silent or apologists for the violence committed on a 5ft gay Vietnamese man. I have spoken to Andy on social media he self identifies as center left even though a Trump supporter. Nevertheless the Canadian “progressive” media has now joined in on this secondary assault on Mr Ngo. They falsley call him far right and say he was fair game for attack because of what he wrote and who he wrote it for. Because his words are violence after all. That is the broad justification for inducing a brain bleed in Mr Ngo bandied casually by the mainstream, his words.

Leading this virtue wrapped assault from the “left” for the Canadian woke team is Caroline Orr. She solidly defends the deep morality of 15–20 people beating Ngo for minutes on end as he tried to escape blindly. One also supposes she regards the beating of 2 elderly men with crowbars as vital to the public good. She puts Alex Jones to shame with her deep twitter sleuthing to uncover the fact that the actual injustice that occurred was Portlands Rose City Antifa being viciously and baselessly blamed for mixing cement into their milkshakes. That’s the real crime here people, and hey be sure too Support your local antifa.

“New laws allow information to be collected and shared more quickly and effectively between federal agencies, and state and local law enforcement. Relationships with foreign intelligence services have expanded…And taken together, these efforts have prevented multiple attacks and saved innocent lives — not just here in the United States, but around the globe.”

Barrack Obama addressing the NSA about how warrant-less wiretapping is also good for us, if we only knew. George Bush made similar excuses for “enhanced interrogation. Never let a good tag lie go un-recycled eh.

Here’s a real taste of Ms Orr’s moral dissonance. Apparently beating a gay immigrant of color is just part of an outreach program. The Milkshakes were some sort of free nourishment one assumes. 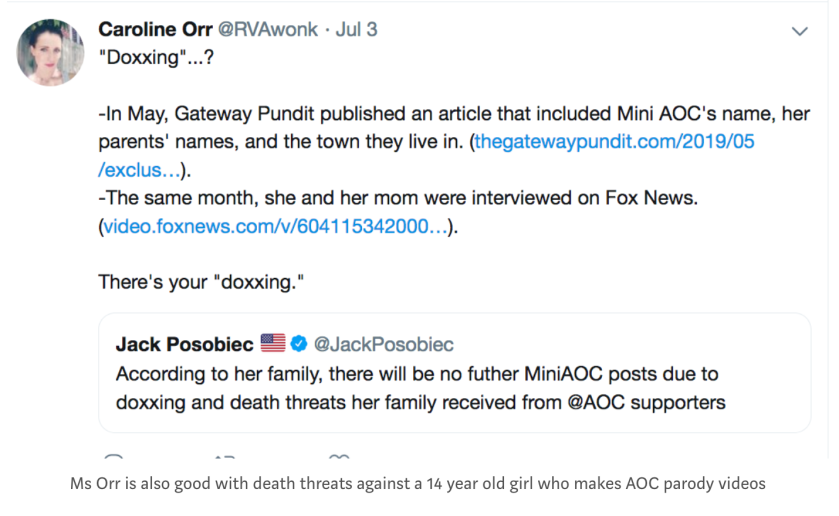 Problem is Ms Orr is not in any way Canadian, she is an American operative of the United States Democratic Party and ShareBlue media. ShareBlue is a wholly owned subsidiary of Media Matters founder David Brock described as “one of the most influential people in the Democratic party. Open media is funded by Rockefeller, Ford, and Open Societies, cause billionaires have always been huuuge proponents of truth in media.

She spent a good part of the last few years pushing the now debunked Russian collusion trope. Turns out all of what she was advancing came from an opposition research document paid for by the Democratic National Committee, the one Mr Brock is so influential in as you recall. There are now 3 very serious investigations that may lead to FBI raids on the heads of the DNC, Hillary Clinton, and even Barrack Obama for, amusingly enough, actually colluding with a foreign agent, the British spy Mr Steele, to effect the outcome of the election in 2016 and unseat a sitting US president. OOps. When she wasn’t busy chasing those pesky reds she was writing operatic denouncements of Donald Trump that accuse him of literally every sort of moral turpitude. I will leave you to judge but her piece sites no less than 6 other groups funded by …Media Matters or its affiliates. She follows multiple antifa accounts on twitter, several follow her back. She was also involved in the de-platforming on twitter of Liberal activist for tweeting that late US senator and Vietnam veteran John McCain had been involved in a huge amount of deaths. By any objective standard he was. It seems strange that Ms Orr would go to these lengths to defend the honor of a Republican. It seems strange until you put it in the frame of left and right being mostly bread and circuses for the population, then it makes perfect sense. Both the Koch brothers and George Soros push hard for open borders and many other things in perfect lockstep. 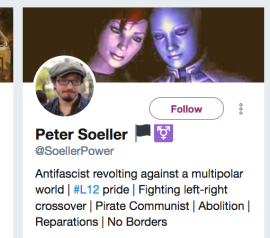 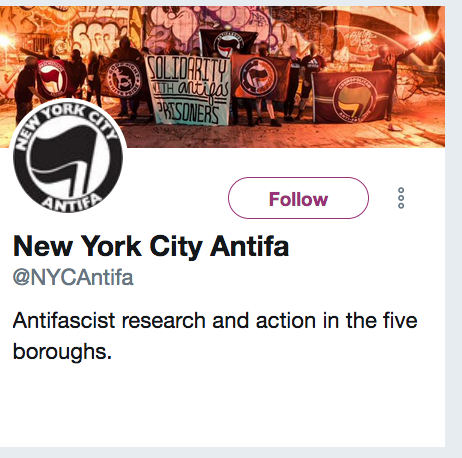 Caroline Orr is associated in Canada with start up media calling itself the National Review. In an the brutal ecosystem of Internet based media they seem to have been incredibly successful. Garnering as its website is happy to tell you, awards from far and wide in a blinding short time. Looking through their site there is much quality work. But of late they have become increasingly on message in the arena of Identity Politics and the terribly misnamed “progressive” agenda. They are even involving themselves in our election by helpfully offering their “Election Integrity Reporting Project” led by none other than Ms Orr, one hopes she brings the same integrity and moral surety she did to warning us of Vladimir Putin’s secret takeover of America.

I will be checking their tax returns to see just how grassroots this projects funding actually is. I will note that the Ford /Rockefeller funded Media Matters is expressly in the business of in its own words “expanding progressive voices in the media by providing a full range of resources to assist the larger progressive community in creating and disseminating progressive information and views; and engaging in other activities at the confluence of progressive thought, policy, and media.” I smell Astro-turf.

Caroline Orr is also not shy about using twitter bots to amplify her own messaging. One guesses this is where she draws her much advertised expertise in spotting false info comes from, creating it.

In Canada the help of a compliant press, and city administrations much like Portland’s the Antifa has been allowed to run their game of intimidation and attack all over Canada. That will not last Ms Orr, we will sweep the zombie like warriors of your corporate driven Marxism from our streets. The antifa are nothing but violent thugs. Antifa members have been arrested in Halifax, Hamilton, Edmonton , Quebec, and Toronto for violent incidents. None of which involved clashes with so called “Fascist” groups they were all random assaults on individuals, many times by groups of these cowards, who were expressing views they didn’t like.

The most updated Statement of the Portland Police about milkshakes as of publishing.

I take no position about their existence beyond what the Portland Police have released. They seem to feel it was credible enough to put out there. The supposed meet of the conspiracy is one conservative tweeting a picture of antifa filling milkshakes up from a bucket in a public square and asserting that they were filled with quick dry cement with absolutely no proof. She then points to 2 subsequent tweets from MainanT1Fa and and javier_pan01 showing stock photos taken from Teen Vouge purporting to show chemical burns suffered from the quick dry milkshakes. Both identities are now gone from twitter. so we don’t know who controlled those accounts in any way and antifa has aparently been caught changing url’s and creating fake news headlines about the event by twitter user Heather Hayer. I have no idea if this is true based on what i see on the internet.  So unlike Ms Orr i can not assert facts from random things i find on twitter. The only thing we do know is that the Portland Police had reason to believe it could be happening and they are currently investigating actively. That is the only fact known on the subject. To report anything else is the kind of speculation that Ms Orr has alot of experience engaging in after her “Russia gate” stint. In fact Ms Orr even as a distraction piece, coaxing attention away from the brutal thuggery of your pets this is very weak hockey. and I wouldn’t be shocked if the origin of your “acid”tweets turns out to be Antifa itself. This ain’t amurika Ms Orr your dealing with a highly educated population

But water guns full of paint being used in Quebec city, at one point shot at a woman pushing a stroller, are well documented by police. It doesn’t seem a large leap to me. These groups are highly organized and well funded in Canada

In one instance in Québec, as shown in the video, Antifa assaulted a man who was demonstrating on their side against immigration controls. They beat him and sprayed him from a water gun filled with toxic paint. Which brings me to Ms Orr’s little conspiracy theory about milkshakes.

Assaulting Senior Citizens, an antifa tradition since they were formed it seems.

Ms Orr your narrative is already losing all credibility with the Canadian public. That’s why you are trying to censor social media. The Liberal leader and government your Democratic Party helped install in Canada. That help coming in the form of Obama campaign managers Jennifer O’Malley Dillon and Mitch Stewart running the Liberal campaign. They had help from some of the same “Foundations” that back Media Matters. It will be swept away this fall. This is not the US Ms Orr. You will not be able to run your “resistance” game here. Look how it is failing in Alberta and Ontario.

We can see you Ms Orr. We missed you and your cohorts in 2015 that will not be a mistake we repeat. As for the Antifa they will be soon made illegal and then they are all going into the corner for some jersey over the head time. They are nothing but ideological thugs the indoctrinated zombie warriors of the “woke” police state. They are already failing.

The rest of this piece is a message to Ms Orr. It looks like she got it.

Finally on a personal note Ms Orr. You are not the first Yankee raider my family have dealt with. One of my ancestors a man named Steele started fighting the Fenian raiders on the Ontario border at 15 years old. He went on to become quite famous for throwing yankees out of the Klondike.

Two of his ancestors marched south in 1814 to the skirl of the pipes and, after routing your army, stood on the lawn of your White House while it burned. It earned its name for the literal whitewash you tried to cover it with. I offer you the same iron willed resistance as they. And I will stand in front of your plans for corporate governance wrapped up in “inclusion”. A world of selective racism and iron thought control where the state decides how your children are raised and what gender they are. I will stand madame and watch it burn till nothing remains. You are done here Ms Orr, now pack your gear and head back to US territory by sundown.