Unicorn Riot is a decentralized, educational 501(c)(3) non-profit media organization of artists and journalists. Our work is dedicated to exposing root causes of dynamic social and environmental issues through amplifying stories and exploring sustainable alternatives in today’s globalized world.

Born from the Internet in 2015, our commercial-free platform operates non-hierarchically, independent of corporate or government control. Unicorn Riot spans across multiple US cities including Boston, Denver, Minneapolis, and Philadelphia as well as South Africa. All of our financial support comes from grants and from you, our audience.

Our proletarian Unicorns began their riotous behavior on behalf of the people in 2015 just in time to cover the protests for the Dakota Access Pipeline. They have also consistently amplified the voice of Antifa across America. Bravely ensuring the revolution is Televised. They boast of being

Lets put a pin in that shall we

So who is the dedicated activist and social movement organizer running all this? 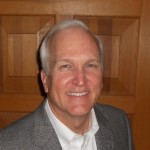 He left this position just as EDS was being sold to Hewlett Packard  for a record $13.9 billion. But fear not our proletarian landed on his feet with a massive golden parachute and a new job, Account Operations Manager for Hewlett Packard. The road to revolution is a varied one

So after he was finished with big tech our Corporate Che Guevara decided to stealthily worm his way into the high end private and commercial real estate business with Corner Stone Partners LP. This is a  illion dollar multinational that spans several sectors . The realty business that Craig is a part of owns large holdings in some of the city centers antifa just burned down, What rotten luck for our realtor robin hood.

Back to that pin. It is becoming increasingly apparent that just underneath a glittery layer of Marxist Spackle lie the same Corporate actors that have been financing a massive push against the Democracies of the West. These are the same corporations that pushed the Corona hoax and now line up behind the Marxist ravings of the so called BLM and Antifa while at the same time funding these groups through various philanthropic fronts. Hegelian Dialectic writ large across the world. An incident exemplifying a heavily media stoked Problem rears its head, the Reaction is staged managed, provided by astro-terf groups who’s message is then carried by entities like Unicorn Riot and a compliant MSM. This allows the pre prepared Solution to be rolled out. We need to interrupt, disrupt and destroy these networks before they finish tearing our society apart .